New York, January 25, 2022 – XNRGY one of the largest custom air handling manufacturers in North America, is reaching another milestone in expansion. Growing exponentially due to high demand for their premier climate technologies, XNRGY is pleased to announce the construction of a new cutting-edge manufacturing facility in the Greater Phoenix Area, AZ, which will be designated as their headquarters.

Maricopa County, Arizona, is the fastest-growing region in the United States. Ranked as one of the top ten states in the USA for its business environment, Arizona is experiencing the second-fastest rate of manufacturing job growth and the fastest population expansion in the country. Additionally, Arizona possesses the fifth-largest data center inventory in the nation. XNRGY’s estimated investment and economic impact to Arizona of $300 million USD is significant and will create more than 900 employment opportunities. All construction phases are projected to be complete by June of 2025.

The renowned global architectural firm Gensler has been retained to design this state-of-the-art manufacturing facility. Construction will begin in June of 2022, with the initial phase scheduled to be complete in Q1 of 2023. Phase one consists of 250,000 square feet of class 100,000 cleanroom production facilities. 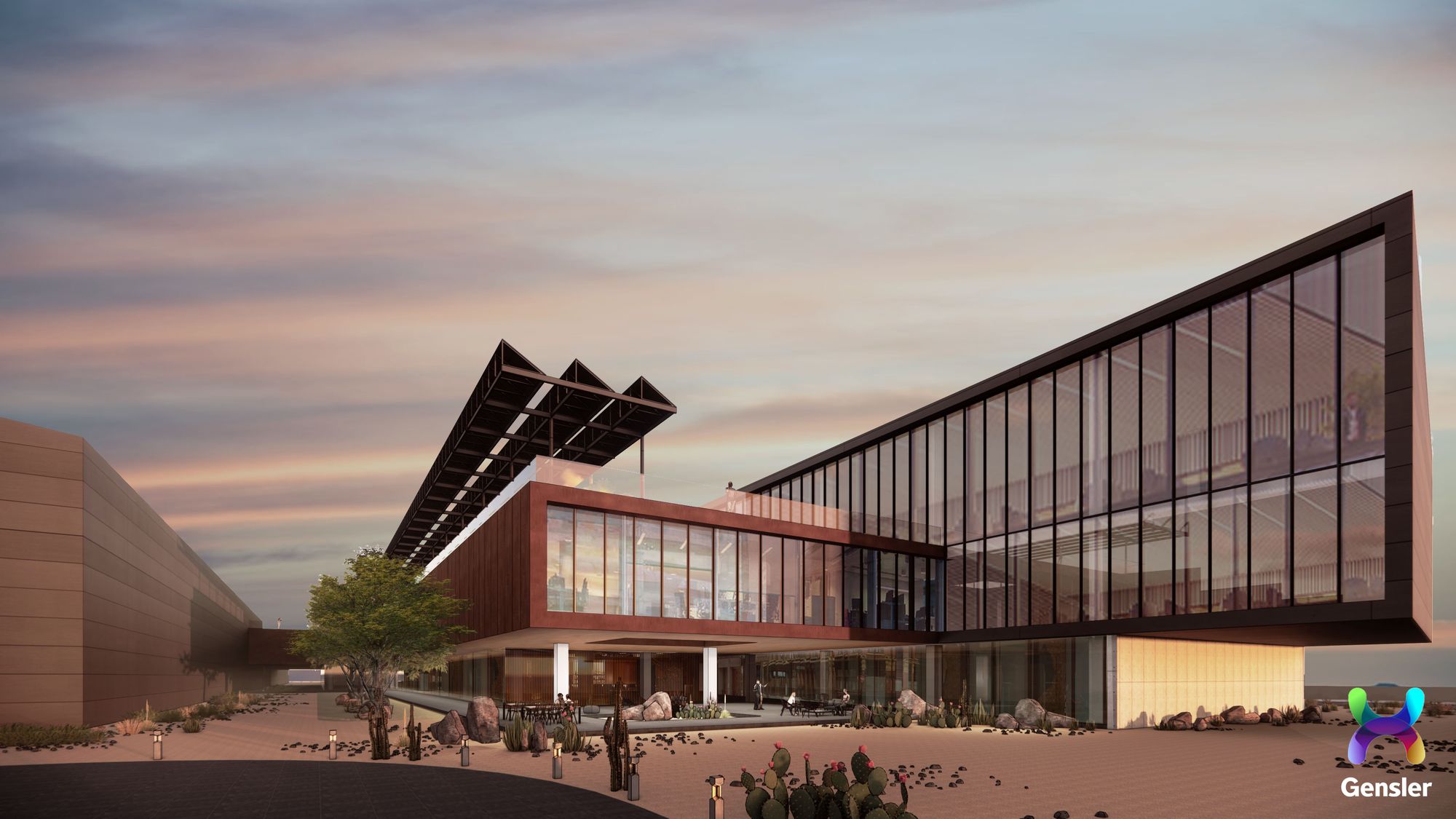 “Sustainability and environmental impact are more important than ever, as we race against the clock to save our planet. This is an important mission for each one of us. I have set a personal challenge for XNRGY to meet the requirements of the Paris Climate Accord by 2030, 20 years ahead of schedule. Through innovation, design, and manufacturing, we will provide impactful systems and achieve this goal of reducing building energy and water consumption.”
Wais Jalali, Chairman and CEO - XNRGY Climate Systems

“We are grateful XNRGY has chosen Arizona as the site of its U.S. headquarters,” said Governor Doug Ducey. “XNRGY’s investment strengthens Arizona’s supply chain and shows once again there is no better state for advanced manufacturing. XNRGY’s facility will create hundreds of high-wage jobs for Arizonans, adding to our state’s skilled workforce.”
Governor Doug Ducey

Gensler is the design architect for the multi-phased 1 million square foot manufacturing plant and workplace. Aligned with XNRGY’s standards for sustainability, the project will be targeting LEED certification through design strategies that focus on the reduction of embodied carbon and water conservation. Gensler is a global architecture and design firm with a commitment to resilient design strategies. In 2019, Gensler called on the industry to join its Gensler Cities Climate Challenge (GC3) to cut carbon emission to net zero over the next decade. Worldwide, Gensler is a leader in developing market-specific strategies to create sustainable environments and has worked with such clients as NVIDIA designing their Headquarters in the Bay Area, Pfizer, and Mass General Brigham. In Arizona, Gensler is continually ranked as one of the top firms in the valley and has been recognized for its design excellence 100 times over including such projects as the reposition of Arizona Center, Transwestern’s Arizona Headquarters and ASU College Avenue Commons, NVIDIA Headquarters, Mass General Brigham Campus, as well as 3 million square feet National University Hospital in Singapore.